Some considerations on the arbitration agreement and pre-contractual liability 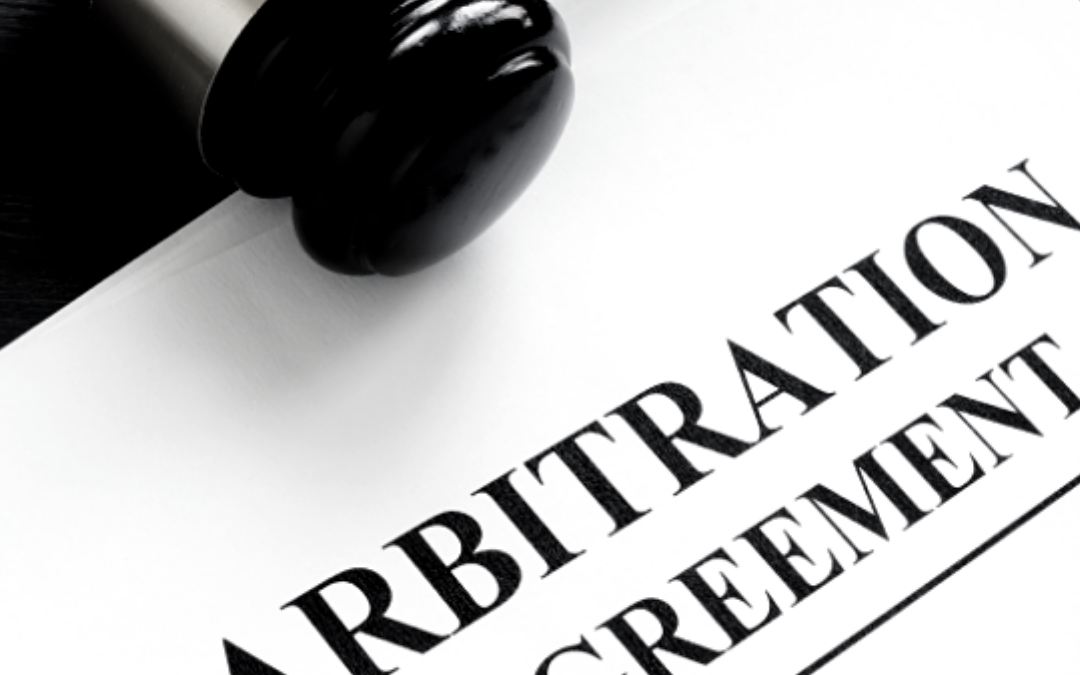 The arbitration agreement, regardless of whether it is expressed in a clause inserted in a contract or as a separate agreement is considered as an autonomous agreement of wills (“principle of separability”) , by virtue of which two or more parties decide expressly submit to arbitration the arbitration of a possible present or future dispute.

The existence of such an agreement is the prelude to the arbitration process, with the positive effect of conferring jurisdiction on the arbitrators to decide on their own competence and the negative effect of excluding that of the courts.

However, in order for the arbitration agreement to be fully effective, it must be valid and effective. Validity means that the commitment acquired complies with all formal (existence) and substantive (consent) requirements.

Its compliance will be assessed mainly on the basis of the Convention on the Recognition and Enforcement of Foreign Arbitral Awards of 1958 (the “New York Convention”), which despite its title also regulates this matter. However, it is equally important to take into consideration the other international conventions and the various national laws that may be applicable.

Now, in the hypothetical case in which the parties had been holding negotiations for the conclusion of a contract, and precisely on that occasion, they sent to each other, via e-mail, several versions of the draft contract that they would sign.

This draft included in one of its clauses an “arbitration agreement”; however, for different reasons, the contract that was being negotiated was not only not signed, but these negotiations caused a controversy between the parties due to an assumption of pre-contractual liability.

Therefore, it is important to clarify whether or not the arbitration agreement contained in a draft contract is binding.

Before undertaking the respective analysis, it is important to make two clarifications:

First, when we refer to a draft contract, we are referring to a draft or a preliminary version of one (reflected in writing) containing an arbitration agreement.

The article 5 of the Venezuelan Commercial Arbitration Law (1998) states that the arbitration agreement is:

“…An agreement by which the parties agree to submit to arbitration all or any disputes that have arisen or may arise between them in respect of a contractual or non-contractual legal relationship. The arbitration agreement may consist of a clause included in a contract, or in a separate agreement. “

Secondly, it is convenient to outline in a general way the scope of pre-contractual liability. This type of liability is generated by the violation of the obligation of all parties to negotiate in good faith, which in turn derives from article 1160 of the Venezuelan Civil Code (1982).

Thus, as the negotiations do not generate the obligation to conclude or enter into a contract, the parties may freely deviate from them, provided that they have not contravened good faith.  Otherwise, it is an unlawful conduct, prosecuted and punished precisely by the institution of pre-contractual liability. (Schwartz & Scott, 2007)

For example, if one of the parties creates the reasonable expectation that it will enter into the contract and finally frustrates such confidence, then it must compensate the other party for the damages it may have suffered (for example, all reasonable expenses incurred for the execution of the contract that it was believed would be entered into). This is, in general terms, pre-contractual civil liability.

However, the case of the arbitration agreement inserted in a draft contract is somewhat different and deserves a particular approach. This is due to the so-called Principle of Separability, according to which the arbitration agreement may well be classified as self-sufficient, self-sustainable, and therefore, susceptible of having its own life, regardless of the existence or validity of the contract containing it. (Hong-lin, 2013)

Then, what elements are taken into account to analyze the validity of the arbitration agreement?

In principle, the essential element is consent. Although the Model Law of UNCITRAL (2006) and the Convention on the Recognition and Enforcement of Foreign Arbitral Awards (1958) (therefore Convention of New York) establish some requirements for the validity of the agreement, the requirements may vary from country to country.

It should not be forgotten that the New York Convention acts as a ceiling for states, as the Convention seeks to encourage the development of international arbitration. Consequently, Member States cannot demand more requirements than those provided for in Article 2.

In Venezuela, Article 6 of the Commercial Arbitration Law (1998) establishes that the arbitration agreement must be recorded in writing in any document or set of documents that provide evidence of the parties’ willingness to submit to arbitration.

The requirement to be in writing is in fact a form ad probationem, and therefore, it can be dispensed with without affecting the validity or effectiveness of the arbitration agreement (unlike the form ad solemnitatem whose observance is a requirement of validity for certain acts/contracts).

Sometimes agreements not signed by both parties have not been recognized. Recently, however, other rulings have indicated otherwise:

In Robobar v. Finncold, a company sent the contract text to a supplier of refrigerators, however, the buyer never responded, but the supplier started supplying the goods.  The Italian Court of Cassation held that there was no arbitration agreement meeting the requirements of article II.

On the other hand, in Sphere Drake Insurance v. Marine Towing, a marine policy was contracted, but the vessel was wrecked before the contract was delivered to the insured.  The Court of Appeals for the Fifth Circuit held that there was no need for a signature or exchange of documents if the arbitration agreement is part of a contract.

It has also been recognized that the means of proving consent may be broader than those expressly mentioned in the New York Convention. For example, the United Nations Convention on the Use of Electronic Communications in International Contracts provides that “a communication or a contract shall not be denied validity or enforceability on the sole ground that it is in the form of an electronic communication”.

In the case of electronic signatures that do not meet these requirements or do not make use of a valid certificate, article 17 indicates that they will not have the respective legal effects, however, they may constitute an element of conviction that may be valued according to the rules of sound criticism.

In Kaverit Steel Crane Ltd. v. Kone Corporation, the Alberta Court of Appeal accepted that an arbitration agreement applied to matters beyond the contract, given the wording of the clause.

If within the framework of negotiations, the respective draft contract is not executed, it should not be concluded that the arbitration agreement contained therein is non-existent and unenforceable.

BREKOULAKIS, S. (2009). The negative effect of Compétence-Compétence: The verdict has to be negative, Queen Mary University of London, School of law Legal Studies Research Paper No. 22.

Congress of the Republic of Peru. General Law of Arbitration. (2008). Legislative Decree No. 1071.

Congress of the Republic of Venezuela. 1998. Commercial Arbitration Law. Official Gazette No. 36.430.

Presidency of the Republic of Venezuela. (2000). Law on Data Messages and Electronic Signatures. Official Gazette No. 37.076.

Is an attorney specializing in international law and commercial law. She is the Chief Operations Officer for Latin America in Adrianople Group. She is currently studying Master of Laws and International Business, with a double degree from the Universidad Internacional Iberoamericana in Mexico and the Universidad Europea del Atlántico. She is also a part of Students for Liberty’s inaugural cohort of Fellowship for Freedom in India.